Aso-ebis (or uniform as they are known) – I do not do them very well. I also think most chaps share this sentiment. Girls do not.

I don’t mean to come across an asshole, but I have never liked rocking the same outfit or designs as the next man. And definitely not the same one as the next chick. I think somewhere, somehow, this stems from my fears and nightmares of what I had seen over-enthusiastic mothers do to their kids, especially twins when I was growing up a young’in in the 80s. I mean this was an era where parents dressed their children from the okpara/ada (first son or daughter) to the last born child in the same outfit. Male and female child alike were dressed in the same color and pattern of clothes except for shoes. Family unit was preserved by making sure everyone was cut from the same cloth. Sibling rivalry was eliminated, and laundry costs were cut. The Von Trapp family would have screamed if they had met the Adio family.

Now, I hope I am not coming across as the type of fella who over self-obsesses about what he wants to wear. Nah, I am more metro-textual than metro-sexual. You can find Esco sporting a 3 day stubble of beard on his chin, slightly faded Levis and a distressed Tee. Pretty boy, I am not.

On the flip side, I am the sort of bloke who goes to a clothes store, sees something I like, is about to pay for it, but changes his mind once he sees another person on the queue with the same item. It is worse if it is one of the same item on the clothes rack. I may only then pick the outfit if it is plain colored and so hard to distinguish or if it is a staple like say a navy blue Blazer. Or a Converse Chuck Taylor sneaker.

Though I like to keep my wardrobe trendy enough, I tend to stay away from wearing what everyone is getting at a particular time. It is the brand-wagon culture that I tend to shy away from. For example, when it was the thing for chaps to wear Timbs, I broke out a pair of Doctor Marten boots instead. And when every Femi, Mohammed and Ikenna in Nigeria were sporting Polo Ralph Lauren shirts with the huge eshin (horse/pony/donkey/ass), I rocked the ngwere (lizard) {Lacoste} instead. If dudes are wearing boat shoes, I opt for drivers instead.

And it was the same in primary school. I took my pair of Cortinas to the neighborhood aboki shoe-maker to apply a bit of chocolate brown polish to them, to make them more distinguishable from the drab light brown every pupil was sporting in my class. He must have been either color-blind or maybe just misunderstood the color I was trying to go with, so I ended up with toney-red shoes instead. Wow, I looked like Sonic the Hedgehog especially after I wore my white socks with the shoes. It was worse when I got to school and had to come out for general assembly. I should have clicked my heels 3 times and wished myself home. That eliminated my chances with Toju the class beauty. I need not have bothered: even a shoe-less person can become a president.

In secondary school, I developed a unique way of knotting my school tie, as there was no other way to distinguish our uniform of white on white. I know some people who sported cream white on egg-shell white but that was not by choice – they were dirty.

Back to the topic at hand, there is nothing wrong with aso-ebi – it used to be the preserve of Yoruba folk who rightly used it to show solidarity towards kin celebrating an event. Uniform had its purposes and advantages:

With Nigeria being a multi-ethnic society, it did not take long before the culture of wearing aso-ebi spread to other cultures. Then womenfolk from all races in Nigeria “high-jacked” it until even Igbos were doing it. And when women start doing something, they usually make men do it and menfolk have to comply. Or it is the couch. NEPA and mosquitoes are bad enough.

Now it has encroached into Esco territory. Let me tell you a brief story:

Some few years back, I used to work for a law firm on the Island. One of the firm partner’s mother passed away. The firm olofofo (ass kisser) got together with some other senior figures in the firm, and they decided that everyone in the office (except the partners of course) should wear “uniform” to the burial ceremony as an act of solidarity. Excuse me, but solidarity to me is holding up a placard and shouting “Make public the results of the Fuel Subsidy Report” in front of the National Assembly.

The olofofo was commissioned to choose and buy the material design and buy a bulk quantity, and everyone in the firm was “encouraged” pay for a couple of yards from her, make into a traditional outfit and wear to the ceremony. Choosing whether to buy or not was as voluntary as NYSC.

Not being the biggest fan of “uniform”, I was debating whether or not to stick or twist when I saw the material itself. My mind was made up. This material was a hot mess of rainbow colors, some of which looked like a toddler had been playing with stack of Crayola on a bouncy rubber trampoline. The material was Ankara but with loads of color riot. It had the same colors as the bip of a traditional female Fulani outfit, combined with the colors of a LASTMA officer’s uniform and then some. The girl who chose this must have been suffering from river blindness.

The colors on the material were more female friendly as red and orange were predominant colors along with some other “fruity” shades. The material looked good for an Ankara clutch purse for females, but for Esco to rock as a danshiki? The colors slapped the eyes like Olisa Adibua.

I mean, I felt sorry for my boss’s loss even though I did not know his mum from Adam when she was alive. Surely, the money used to purchase the material could have been utilized as a monetary gift for the bereaved. Not that they needed it, as they were mad minted. But that was not the point.

I dropped coins for the material and put it in my car boot. My plan was to give it to my mother to use as “wrapper” for sleeping or for hanging in the house. I was going to wear a nice lace traditional outfit instead. However when I handed my mum the material and explained everything to her, she laughed off my concern and then told me that if I planned to go for event and if my co-workers were all wearing it, I would have to do the same. She even took the material and my measurements and said she was going to take it to her tailor to sew it into an outfit for me, so I had no more excuses.

She also explained how aso-ebis worked, saying that in some owambe parties, the ushers may not seat or serve you if you did not come in uniform. It is a bit like hyena clans. If you come smelling different from the rest of the pack, you were ostracized and eaten alive. Clifford Orji.

A few days later, my mum handed me my outfit. The tailor had done a ‘marvelous’ job of making the outfit as “janded” as possible. It had some correct gold plated buttons, sleek jeans-like pockets and the pants even came in a boot-leg cut. Sura the tailor would have turned in his grave. Whatever next? Slim cut and fitted agbada robes? Or isi-agu tunics with Versace Medusa buttons and the lion “Express” logo?

I got to the venue, which was somewhere in old Ikoyi. The place was packed to the rafters. Mercs, Rolls Royces and smart SUVs were competing for parking space on the car park. All the tabloid huggers, big politicians and society people in Lagos were all present. Lots of old money and money-miss-road met Nollywood and Bella Naija’s finest. I parked my car and stepped into the place with swagger like I had a pebble in my shoe.

To say I stuck out like a sore thumb was an understatement. Most guests were dressed in white or shades of cream jacquards or laces traditionals. There were some people in suits too as it was on a Friday night. I looked across and there was a table with my co-workers. Their orange/red Ankara collective really stood out from the rest of the venue. From outer-space I am sure they looked like a huge palm oil stain on a pure white Egyptian silk jumper. But uniform is still uniform, right? Wrong o! I got closer. Everyone in my work group, to their credit, had done something unique with their ‘uniform”. The girls were the champions in this. One has made a pencil skirt and a smart top with hers. One had made hers into a jump suit with a plunging neckline which showed her 36DDs. Maybe it was the flutes of champagne playing tricks on my brain, but later I could have sworn that her bra was also made from the Ankara material too. Shhhh….Victoria’s secret.

Moments later, one of my co-workers showed up on African time. He.was.not.wearing.the.uniform. He had worn white lace instead and looked pleased with himself. And sod the Ankara material, he had gotten it sewn into a Banky W style Kangol hat which he rocked by placing it on the side of his head in true hip-hop style.

Some of my co-workers looked at him like a leper. A senior associate scowled angrily.

Have a say! Cancel reply

Clients are assured of a fantastic service as my writings are all original, well-crafted, fresh and professionally edited, without any poor copy and paste jobs or plagiarism.
If interested, contact me at woahnigeria@yahoo.com or on Twitter @EscoWoah

It is with the utmost pride and sincerity that I present these memoranda as a living testament and recollection of history in the making during our generation.

A young, smart, educated, world savvy, Nigerian professional working and living in Lagos-town,who sees everything in 3D, and blogs about struggles with the 7 evils (greed, extravagance, wrath, envy, gluttony, pride and lust).

This is the story of a boy, who literally left his bathroom faucet on, and then found out that he had flooded and drowned the whole world.

Words are stronger than bullets - let's change our world through satire and blog literature. Evolution and not revolution, through letters.

This is the diary of Esco. 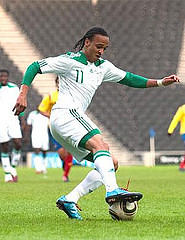 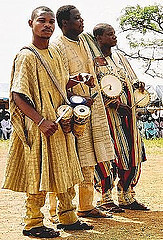 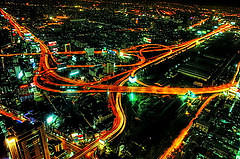 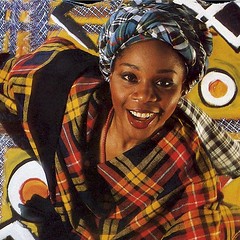 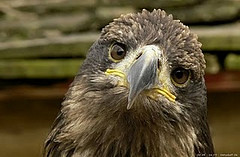 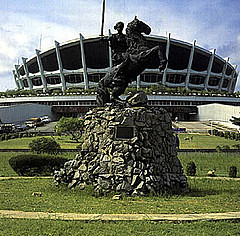 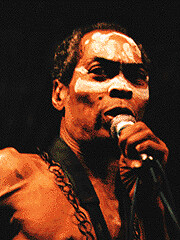